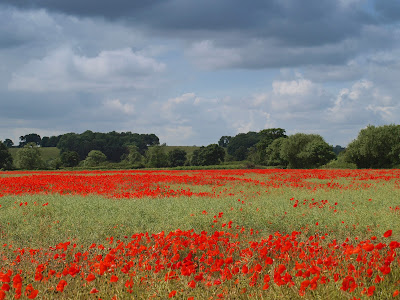 Most people wish to be in a relationship in which they feel safe, loved, valued, appreciated, needed and free to be themselves.  In an ideal world, we’d like our partners to respond to us in the right way at most times and in most situations. However, none of us are perfect and this isn’t always easy and sometimes relationships can come under great strain.

If you are in a relationship that is suffering because one or both of you are constantly very angry, then there is probably quite a lot of work to be done if the relationship is to thrive again.  The word “constantly” is the key here.  Anger is normal in relationships.   In fact, anger is another form of passion.  A big argument can bring lovers closer together as they realise just how much they really love each other - and making up can be very sweet and result in red hot passion that nobody wants to miss.  Anger is a form of energy and as long as it is expressed reasonably and sensitively then it can be a positive force for change in a relationship.  But there is a difference between acting anger (which is bad and may include threats, blaming and contemptuous comments) and expressing anger (which is fine and is simply saying that something has irritated you and commenting on how you feel about that without blaming).  I have discussed the nature of anger and how to deal with it in a previous Blog here: http://davidseddon.blogspot.co.uk/2012/05/anger-some-ways-to-think-about-and.html

And I have also written about Verbally Abusive relationships here:  http://davidseddon.blogspot.co.uk/2012/09/what-is-verbally-abusive-relationship.html

If anger becomes internalised, repressed or trapped then it can turn into resentment and bitterness which is an altogether more corrosive thing.  Resentment can turn to contempt, which is just about the most toxic thing that can happen to love.  Anger also tends to snowball and people who have a variety of things to be angry about often unleash the whole lot at their partner, especially when tiredness is present.  When one partner is overly tired and resentful about something there could be fireworks, but when both are tired and frustrated it can become nasty very quickly.

Kissing is a particularly good indicator.  If you have no desire to kiss your partner it is likely to mean that your relationship is either in trouble or is soon going to be heading that way.  Couples who kiss even after a very bad argument are effectively saying, “although I really don’t like what happened just then, I do love you anyway, and things can be worked out.”  Not kissing becomes a habit that is harder and harder to break.  At the start a long-term relationship some partners make an agreement to always kiss before bed even if they are very angry with each other – perhaps to the extent of rage.  That can be hard in the heat of the moment, so a quick peck is sufficient while you calm down.  It does diffuse things just a little and the words of wisdom from older people about, “not going to bed on an argument,” is one of the soundest pieces of advice you’ll ever hear about relationships.  If you are worked up and can’t agree until morning then at least the pre-agreement for a quick peck says something positive about your overall relationship and settles a little tension.

In a problematic relationship, it is often much harder to kiss your partner with any real affection than it is to have sex with them.  There are two sides to sex – the physical drive and need that each of us has;  and the intimate, affectionate, connecting side that expresses love.   In healthy relationships both are happily and satisfyingly expressed.  If there is bad feeling around, our bodies and brains can still crave or want sex and they can  lead us into thinking it’s ok to have it (because we can tune into the driven side whilst ignoring the feeling that affection is difficult), but they won’t allow us the same license with kissing.  It’s possible that sex can provide a release from the tension of anger (after all anger and sex are both strong passions and energies) and also some physical release and satisfaction for both partners even if they have come to dislike each other; but for kissing to work properly there has to be more than just a raw physical connection.   For this reason, kissing often disappears before sex in troubled relationships.

For Intimacy to happen, you need vulnerability.  One of the things that start to happen in a troubled relationship is that vulnerabilities are discouraged and sidelined.   If you suspect that your partner is going to be harsh on you if you show a weakness or sore spot, then that is very undermining for the relationship.  In better times they might have felt inclined to be supportive of you but now you may feel that you’d rather hide or bottle up your vulnerability as to reveal it is to invite a negative judgement.  Loving partners appreciate that you can’t always be strong and that even the best of us has times when we need a little help with something.  Showing and allowing that creates a nurturing and cherishing bond between you.   Of course, the wider implications of hiding vulnerability are dangerous – when you stop sharing your human problems it is not long before intimacy shrinks away.   It can also lead to a vicious circle, as your partner feels angry that you have withdrawn and in turn their anger encourages you to stay away and withdraw even further.  Entrenched positions can come very quickly, when with a little vulnerability or thoughtfulness, they might have been lovingly dealt with.

Communication problems abound in troubled relationships.  You might not only stop spending time with one another, but also develop crossed-wires – when the partners are trying to communicate but the message is not being accurately picked up by the other.  Gary Chapman wrote about this in his book The Five Languages of Love.  The Five Languages or ways in which lovers show each other how much they love one another are touch, words, gifts, quality time and acts of service.   It can be interesting to ask your partner to rank them in order of importance.  You may agree about some of them and not others, but being aware how your partner likes to give and receive love can be enlightening.  If one person likes to express their love by doing things (acts of service) for their partner - e.g. washing their car or baking them a cake - and the other wants and needs words (but doesn’t get them), then there could be issues.  Both partners may feel unloved when they are both trying to communicate love in the way they find easiest.  Situations like this might be easily solved with discussion, a little awareness, or via counselling.

Unfortunately, most couples with relationship problems take a long time to turn to therapy.  It’s a good idea think of a relationship as being a bit like a different kind of ship - one that sails on the sea.  Sometimes it needs maintenance and an investment of time, and if it gets a hole or two in it, then it can be repaired if both partners decide to put some effort in.  But, the more and bigger the holes are allowed to get before repair, the more likely the ship is to sink in a storm or even a swell.  If a real ship gets damaged, its owners bring it into dry-dock for essential repairs before the damage starts to rot it away– we should do the same with our relationships.

Counselling is the ideal method for sorting out difficulties.  I am always surprised and pleased how often couples tell me, at the end of sessions, that they have just discussed issues that they would have avoided or never have got around to on their own.  The careful facilitation, rule-setting and guiding hand of the counsellor easily allows an exploration of otherwise difficult areas.  Occasionally, harsh words and difficult things are said, but this can clear the air so that things can start to get better.  It is much healthier to have honest expressions of anger or frustration rather than to repress them.  Sometimes things are brought up that were previously only vaguely in awareness for either partner.  Talking when a neutral and supportive person is present can open up a lot of issues and feelings and bring about several breakthrough moments.

A couples’ counsellor can help you to improve your methods of communication.  They can help you to remember why you fell in love in the first place, how to rediscover your sense of play and fun, and identify and start to change negative patterns of behaviour between you.  In counselling, you can change and build a healthier and happier relationship.

David is a fully qualified and BACP registered Counsellor. If you would like some help with your relationship, you can book a face to face or skype session with him by ringing 07578 100256 or emailing him at David@eastcheshirecounselling.com. You can also follow him on Twitter as Contented Counsellor at: https://twitter.com/SeddonDavid 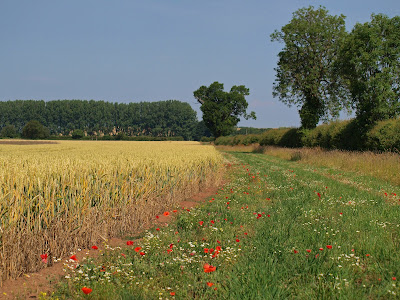