Narcissism Part 2 – Dealing with Narcissism and How Counselling can Help 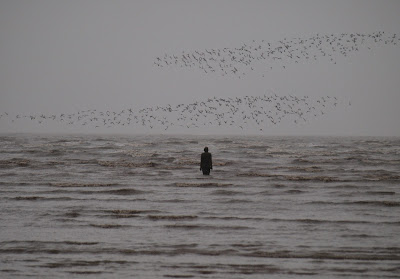 As I explained last time, most of us have some narcissistic traits, but people with narcissistic disorder are relatively rare.  Let us remind ourselves that when discussing narcissism it is vital to draw a distinction between someone who may act selfishly from time to time and someone who is so wrapped up in themselves that they may have either narcissistic style or narcissistic disorder.  We wouldn’t say that someone who gets occasionally sad was suffering from depression, nor must we call an occasionally insensitive person a narcissist.  It is about degree.  Nevertheless, most of us know people who broadly exhibit several of the narcissistic qualities I discussed last time and it is useful to describe some typical encounters with people high on the spectrum.

Friends, Bosses, Parents, Lovers – give them your ears (and then your eyes and everything else)

A narcissistic friend will be the epitome of “it’s all about me,” and will have a habit of steering every conversation around to them.  If you tell them about your problem, you’ll get about 20 seconds on it, before they say, “oh that happened to me too,” and then you’ll get many minutes of that.  Their theme tune could well be Queen’s I Want it All and I want it Now. They will want to bring most things that they do to your attention as a piece of drama – whether it is good or bad, it will be the “best” or the “worst.”  Whatever you have done – even it’s a major achievement - they’ll have a story to trump it.  They will be in touch when they need something from you or when they have something to boast about.

Of course, all of us like a little bit of attention from time to time – that is not in itself narcissistic.  On Social Networking Sites, like Facebook, there is often an inherent base-level narcissism which most of us are party to - but it's always a matter of degree. Those on the higher end of the narcissistic spectrum may stand out with much stronger attention-grabbing behaviour and won’t allow drama to escape them for long.

If you have a narcissistic boss, he or she is probably thoroughly uncompromising, driven and insensitive.  They will demand that their every instruction is followed and will often fly into a rage at the least provocation.  It is likely that everyone in the work place will fear and dislike them and although some may be taken into an inner circle, that is always at their great risk.  It’s quite simply best to keep your head down and get on with things – or better still move to another job.

Narcissistic spouses and lovers are hard work.  They are uncompromising about getting their own way – whether subtly or forcefully.  Normally, they simply cannot and will not consider your feelings, and at the times that they do, it is likely to end up proving to be fake and simply a ploy to keep you on side.  They will tell you anything that they feel that you want to hear so that they can get what they want from you.

Typically, a narcissistic lover will seem extremely charming to start with, but this charm hides a vampire-like quality.  If a new lover seems initially almost too good to be true or even like a fantasy, then this is a massive danger sign: high levels of initial charm and sex-appeal are easy for a narcissist – if you think about it, it goes with the territory of “look at me,” and a drive for adoration and specialness. Alas, strongly narcissistic individuals do not consider their lovers as people so much as a source of “supply” to feed their need to boost the false self.  They want what they can get from you – usually sex, affirmation, money, attention.  One way you can spot this is that if you challenge them on that or anything else they have upset you about, they will often fly into a rage and say that, “it’s all your fault.”

Narcissistic lovers often resemble the plate spinning act in a magic show.  They may well have several sources of “supply” and when they get bored with one ex-lover they will visit the others in rotation.  In any case, a typical narcissist exhibits very insecure attachment and can feel emotionally overwhelmed or swallowed up if partners get close or feelings are intense. It’s the excuse they need to run and leave you feeling abandoned, though they are highly likely to be back – and each time that they return they will lay on thick charm and say how foolish they have been. Possibly the worst news is that narcissists will not feel guilty for their hurtful past behaviour because they are unaware that they have broken any moral rules, or they are so focussed on themselves that nothing can disturb their view of events.  Instead, they will want you to focus on their pain, however badly they treated you.

Narcissistic parents are very problematic and are one of the most damaging experiences possible for a young child.  Most experienced therapists could tell you how they have had clients whose lives were severely damaged by a narcissistic parent who saw them merely as an extension or reflection of their own importance.  Obviously when you are very young, you need attention and lots of positive affirmation from your parents.  It’s not hard to see how a parent who is wrapped up in them self can cause big and lasting problems in this area. As an example, I have heard of parents who left their young children home-alone or out on the streets, unsupervised, whilst they went off to the pub all night to be with their friends and get drunk; and parents who saw their children solely as reflections of them self - as a type of style accoutrement, not allowing them to express any independence or individuality. It is worth noting that psychologists describe a very strong correlation between narcissism and addiction.  It is often said that “all addicts are narcissists, but not all narcissists are addicts.”

In therapy, the results of narcissistic parenting need careful unpicking, but it can be done with patience, understanding and warmth.  It takes time, but children of narcissists do work through their problems in therapy and move on.

How can Counselling help with Narcissism

A lot of clients come to me explaining that they feel depressed or have an anger or relationship issue, however, I have had only two that came claiming to be a narcissist - and neither of them turned out to be very high on the spectrum. Narcissistic people tend to think that they have no problems that need change because they believe that problems in their life are caused by others and never by themselves.  Even so, I have seen many clients who come because they have had a narcissistic parent or lover.  There can be a great many emotional scars if you’ve had a close relationship with someone who has used you and treated you selfishly.

In working with narcissism directly, therapy revolves around encouraging the exploration and then expression of the narcissist’s real self, as opposed to the accumulated layers of falsity and arrogance.  Anyone who wants to change must first become aware of any of the biases or distortions that they hold against them self – or as Carl Rogers put it, “in order to change I must first accept myself just as I am”.  Since narcissists practise denial, that is hard work for them since they would struggle to see why they needed to change.

A counsellor will also work with how a narcissistic person relates to others, so that they can begin to see them as people rather than objects for their own satisfaction.  Although progress can be slow, with the support of friends and family as well as a counsellor, it can be done.  In therapy, it is important to encourage the right things and give positive feedback for greater honesty, kindness and shows of vulnerability rather than for achievement.  Narcissists like to show off about achievements and not about the depth of their relationships, but unless they are encouraged to move away from that progress can’t be made.  Good signs of progress would be an increasing ability to share and recognise other people’s rights. Narcissists also need to be encouraged in their attempts to subdue long held feelings of expectation and specialness.

If you have been in a relationship with a narcissist then you will probably have been very badly wounded by the experience and it will have left you with many more questions than answers.  A good therapist will offer you warmth and understanding and allow you to tell your story and then to begin to explore and work through it.  Narcissism is one of those subjects that all therapists are likely to be very aware of.  It’s something we learn about as we qualify and it’s something that often comes into the therapy room – normally a client suffering the effects of it.

Therapy consists of many parts, but one of the key ones is rebuilding the self-esteem of those who have been ill-treated by a narcissist – because they sometimes have a very special way of making you feel bad while they feel good.  It’s about getting to the truth and building up from there and about allowing clients to have their own self-view even if an alternative one has long been thrust upon them.  It can also consist of ways of talking to narcissistic personalities – there are ways in which you can get them to moderate their behaviour and how you do this is inevitably quite subtle – but it involves working with respect, boundaries, flexibility, avoiding triggers, preventing becoming seduced by narcissistic delusions and openness.  A good therapist can help you with all of those.

If you are involved with someone who is on the narcissistic spectrum but not at the far edges of it, there is every chance that you can build a better relationship with them.  Studies show that the way to moderate their behaviour is via three things: awareness of and openness about what they are doing, receiving (and then learning to give back) unconditional love and going to therapy to work through their issues. Above all remember that what narcissists crave is love.  They don’t understand it and find it very hard to accept, but it is what they need.

It is also important that the therapist facilitates the client in working out why he or she was attracted to the narcissist in the first place.  Is there a pattern of being attracted to such personalities?  If so what is it about them and what need is being met in the client and where does it comes from?  By exploring these issues, it is possible for a client to move on to a situation where they can avoid a repeat, and the next time they encounter a person whom they find attractive but concerned about, they can say, “hmm, I see the lure here.  I know what I am doing and I know where this goes.  I am not going to do that this time.”  Many clients are helped by this method.

To sum up, if you are in a close relationship with a narcissist, it is going to be hard work, but you can learn to cope better with things and repair any damage that has been done.  Working with the right counsellor in therapy can help you to move forward.

David is a fully qualified and BACP registered Person Centred Counsellor.  If you wish to tak about narcissism or any other problem, you can book a face to face, telephone or skype video session with him by ringing 07578 100256 or emailing him at David@eastcheshirecounselling.com 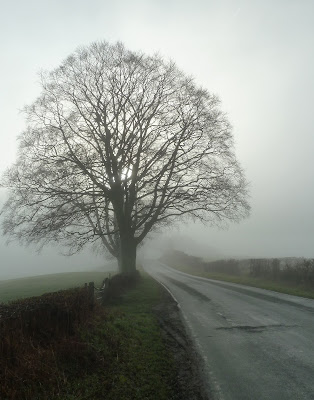