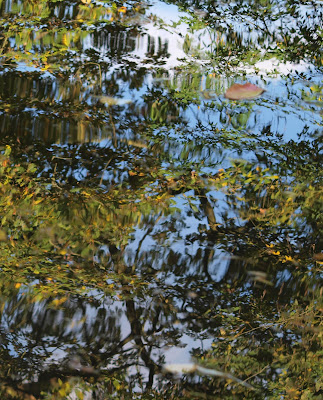 It is often written that narcissism is the most common personality disorder in the Western World.  In the West, we live in a society geared-up to be narcissistic. We are surrounded from birth with messages about putting ourselves first, gaining instant satisfaction and advertisements about what we need to “improve” ourselves.  Then, when we switch on the tv, we find others described as “The Weakest Link,” or are encouraged to vote for people with little talent so that they can become “a celebrity.” Is it any wonder that in primary Schools the most common thing that boys now want to be is a pop star or a footballer, and girls a model or “famous?”  As an ex-teacher, I know that it was not that way 15 years ago so this adds to the evidence of a recent American study saying that narcissism is on the rise.

That sort of shallowness, fakery and tendency towards selfishness is typically narcissistic.  But as a humanistic counsellor, I feel that it is very important to prepare some groundwork before I discuss in detail what narcissism is.  Although I take a pragmatic approach to the use of psychological labels, a few important facts need to be registered.  On the one hand, we are all different and whatever our emotions or personality we shouldn’t be flung into a grouping.  It can be too easy to label someone “a narcissist” when in fact they may have other problems or be in need of support rather than approbation.  Further there is something in Jung’s notion that what we are most repulsed by is something we see a little of in ourselves. It may be easy to spot narcissism partly because we have some narcissistic traits our self!  On the other hand, we all use labels like “depression,” “anxiety,” “stress,” “anger,” and “paranoia,” and counsellors do consider the patterns in people’s lives as they work with them.

It would frankly be negligent of any therapist to see someone who had obvious symptoms of a psychological problem and then to completely ignore that fact.  And at its worst, narcissism is a problem.   But it goes much deeper than that, because often the narcissist's behaviour is chiefly a problem to other people - they are most unlikely to think that they have a problem at all.

In one sense we can realise that, from a helicopter view,  for every ounce of anger we have for a narcissist’s behaviour, we could have a balancing ounce of pity.  To be a narcissist is a pitiable life – a life shorn of the possibility of love.  And, paradoxically and ideally, one of the ways to help them heal (especially those with less narcissism)  is to show them real love – whilst, of course, being strong to their problematic behaviour.  Most narcissists's are quite depressive, angry and deeply unhappy people.  If you are involved with one, their behaviour can be so bad that it can hard to think of them with any pity.  And that is fair enough.  When things are very bad, we often need to protect ourselves immediately and substantially.  Looked at from another perspective - the one of someone not invoved in the situation, the narcissist's life is shambolic, wasteful and miserably unconnected to real life.

Let’s start by saying what narcissism is not.  It frustrates me when I hear people use the phrase, “it’s good to have a healthy degree of narcissism.”  That is sloppy language.  What they mean is “it’s healthy to have some self-love and strong self-esteem.”  And that’s true - but that is not narcissism. Without self-love and self-esteem we cannot function healthily or form loving relationships.  But, actually, a large part of what defines narcissism is an inability to love.  The narcissistic heart is hardened to itself and to all others, too.  It may appear that narcissists “love themselves too much,” but they certainly don’t inside.

Narcissism comes from the Greek myth of Narcissus – a story that is much more complicated than it first appears and which has many nuances.  It would take too long to tell the popular story here, though you can find it here: http://www.echo.me.uk/legend.htm - but it is important to note that Narcissus is not purely a figure of ridicule and negativity.  He is also seen as a wretchedly pitiable person who in the end, through facing what he has become turns his hardness into a beautiful flower.  Although the hardest of narcissists are almost beyond themselves with the depth of their problems, the vast majority of them are capable of positive change with some support.

Let’s be honest, having been brought up in a system that encourages it, most of us in the West have some narcissistic ways.  It is vital to be aware that Narcissism is on a continuum.  A person with a little of it (which is most of us) can cause the occasional problem with others, but it’s really not anything you need specific therapy for; a person with quite a lot is likely to cause relationship problems on a regular basis; a person with a great amount of it is probably causing chaos wherever they go, but may be completely unaware or in denial about it.  The latter two types would benefit from therapy and those who have to suffer their behaviour might need therapy even more!

Typically a strongly narcissistic personality is all about maintaining front and bluster.  Despite the popular notion that “narcissists are people who love only themselves,” that is only a surface appearance.  Deep down. narcissists do not like themselves and the more they appear to do so, the deeper the self-hatred actually is at heart – though no narcissist worth his salt would ever easily admit to that.  So, narcissism is actually about promoting a false self to cover the real, damaged and hurt self.  Much research has been done on this and it seems that the root cause of narcissism is often in a dysfunctional early childhood.

Some narcissistic behaviours would include: entitlement, grandiosity, pride, inflated sense of importance ( and occasional severe feelings of inferiority), manipulation and objectification of others, a readiness to treat others coldly and indifferently as an indication of the fact that they have no present use, exploitation of others, an emotional shallowness (love, even for the self, is hard or impossible for some narcissists), exhibitionism, magical thinking (a belief that things they touch will just work out like some sort of magnetism), tendency to rage for little objective cause, high levels of jealousy, deep shame (often hidden), feelings of emptiness, a tendency to first idealise and then devalue people as they tire of them, an inability to empathise with others.  Sadly, narcissists tend to have little insight into their own behaviour and tend to blame others for their problems.

Definitions are always hard and problematic, but on the continuum, the different strengths of narcissism are often said to be: first, Narcissistic Tendency where a person has some traits which come to the surface occasionally (at the lower to middling edges, this includes most of us); second, Narcissistic Style (where someone exhibits a noticeable and problematic level of narcissistic behaviour); third, the actual Disorder, which is again split into three types – Fragile, Exhibitionistic and Grandiose – being increasingly difficult to handle in that order.

I will give the briefest of outlines of the three types of Disorder here – whole books have been written on the subject. Typically, a Fragile Narcissist probably has some idea that he or she has big problems and is quite a sad and obviously needy figure.  They desperately want love and can have lots of good qualities and be quite lovable.  They want to be helped but find it very hard and often sabotage things for themselves. Unfortunately their behaviour can cause those around them a lot of problems.

An Exhibitionist Narcissist is best imagined on the stage, saying “look at me!  Adore me, praise me, love me, worship me!”  I’m sure we can all think of people a little like that.  They tend to be only interested in themselves and will do anything and trample anyone to get what they want.  They will rotate any spotlight so that it falls on them. They have a drive towards perfectionism and drama, but it can be very brittle and they often come crashing down with it.

A Grandiose Narcissist is amongst the most difficult, demanding and destructive personalities you could ever meet.  Typically, they cannot accept that they have any sort of problem and are 100% sure that everyone else does.  They have just about the full list of characteristics mentioned earlier – and most of them in spades.  Unlike the Fragile Narcissist they are difficult to like though do like to pour on false charm to begin with, and unlike the Exhibitionist, they are not at all entertaining.  They will use people on a daily basis and cause a great deal of suffering.  To be in a relationship with one whether they are a friend, lover, parent or boss is to suffer; and to suffer with little chance of change.  Thankfully, they are not around in great numbers, though most people will meet a few during their lifetime.  I talked about having pity for a narcissist earlier.  That might be true from a helicopter view, but if you have a grandiose narcissist causing misery in your life, then you are likely to have a very justifiably opposite position.  It is much easier to feel pity for other types of narcissist.

Do be careful about labelling someone as “a narcissist.”  They may well be displaying narcissistic behaviour, but that is not the same as being a narcissist.  Remember that none of us are perfect and ask, is this behaviour fleeting and trivial or is there a pattern of very selfish and insensitive behaviour? If you strongly suspect that someone close is a narcissist, take great care and seek help and support. Your relationship with them will not be easy.

David is a fully qualified and BACP registered Person Centred Counsellor.  If you wish to tak about narcissism or any other problem, you can book a face to face, telephone or skype video session with him by ringing 07578 100256 or emailing him at David@eastcheshirecounselling.com 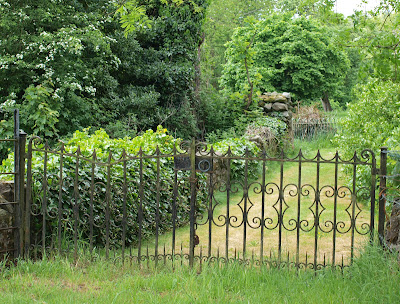