What is Existential Counselling and How can it Help?

Some people are put off by the term “Existential.”  It sounds difficult and deep doesn’t it?  Well, it isn’t really complicated, but it is certainly deep.  One way of explain it is to say that it’s about “exploring and embracing what it is to be human.”  A therapist does this by talking about your life is a realistic and philosophical way.  It’s also about becoming aware of things, mulling them over and then coming to peace and acceptance about them.  A lot of the problems of life are universal – for instance; loss, isolation, freedom vs responsibility, meaning.  Existential counselling is about engaging with those problems in a deep way - grappling with them and coming out stronger, wiser and more alive as a result.

The present cult, fostered by books like The Secret, of “think-as-positively-as-you-can-and- wish-for-anything-and-it-will-be-yours,” is about as far removed from existential counselling as it’s possible to be. Postive thinking can be helpful with many things but has its natural human limits and there is more to living life than that.  Existential thinking says that there are no shallow answers and instead looks for deep ones – which paradoxically often end up being very simple to action.  It works very much hand in glove with other humanistic types of counselling – particularly person-centred.  Carl Rogers (the founder of person-centred counselling), declared himself to be an existentialist at heart.  His famous quote, “the good life is a process not a destination,” is essentially an existentialist notion; as is his idea that we are on a mission to find out who we are, so we can love and live by celebrating and being true to that.

Many of the ideas of existential counselling arise from the Ancient Greeks.  Ancient Greek philosophers spent time pondering life and generally become quite content with their lot as a result.  Existential thinking is partly about drawing the joyful and the positive from life at all times, whether it is easy of hard.  Contrary to the modern trend, it encourages us to embrace the learning points of failure as much as success, and to know that, as Kipling said, both are “imposters” anyway.  It asks us to accept that each of us is limited and has weakness and strengths, and that these very limitations are a source of celebration and richness. The Stepford Wives could not exist in a world focussed on existential thinking!

“What is the point to my life?  Why do I bother?”  Well, on one level, why indeed.  The world will die one day just as we will and all the works of men and women will be up in smoke.  On the other hand, people do find meaning – one thinks of the existentialist writer Viktor Frankl who found it and prospered in even the most horrific circumstances imaginable (Auschwitz).  He focussed on what he could do rather than what he could not and found meaning in the struggle to live on and pass on his message.

Zen Buddhism has many similarities to existentialism.  You make the decision to engage with each moment and find meaning through the simple and free things like love, creating art, friendship, simply surviving and overcoming in a harsh time.  Another way to live life fully and find meaning is to practise trying to live in the here and now as much as is possible.  One does look at the past and future during counselling but we can do that whilst insisting on the beauty of living in the present moment as much as is humanly possible.  As Blake suggests, “he who kisses the joy as it flies lives in eternity's sunrise.”

Here is another example of the simplicity, rather than the complexity of an existential approach. After he had conquered the known world, of all souls on earth, Alexander the Great was most keen to meet the philosopher Diogenes, who had  lived almost his entire life inside a barrel with no possessions.  He found Diogenes in his barrel under a tree: “I am the most powerful man on earth,” he said, “I can give you whatever you want.”  Diogenes simply said, “then please move a little to the side.  You have blocked out the sun and I do not want to be in the shade.”  Alexander laughed and said if he could swap places with any man it would be Diogenes.

We live in times when the world seems to be preoccupied with power, money, celebrity and possessions.  Existential counselling encourages us to drop all of that shallowness and see it as avoidance and denial of what is real and vital.  Instead we need to follow what really matters and find fulfilment in the short time that we have on this earth.  As Steve Jobs said: "remembering that I'll be dead soon is the most important tool I've ever encountered to help me make the big choices in life. Because almost everything - all external expectations, all pride, all fear of embarrassment or failure - these things just fall away in the face of death, leaving only what is truly important. Remembering that you are going to die is the best way I know to avoid the trap of thinking you have something to lose. You are already naked. There is no reason not to follow your heart. ... Stay hungry.  Stay foolish.”

The simple things are the most joyous.  Epicurus said, “riches do not exhilarate us so much with their possession as they torment us with their loss.” He believed that the greatest riches a man could have were true and honest friends.

Along with other philosophers, he also suggested that rather than tie ourselves in knots about trying to make everything safe and permanent, we should realise that the one unending truth about life and the world is that it constantly changes.  John Lennon put this another way - “life is what happens to you while you’re busy making other plans.” Epicurus urged us to embrace change and uncertainty and indeed suggested that without change life would not be anywhere near as interesting.  Again, that is pretty much in tune with zen-Buddhism.  This is not to say that we should continually take stupid risks or never find any firmness or safety.  Both Diogenes and Epicurus had basic comforts of a sort - friends for instance.  Like Buddhism, existentialist thinking argues that it’s fine to have some comforts but that it’s not a good idea to base your life around them or become unduly attached to them.

Freedom and responsibility are basically like yin and yang.  You cannot have one without the other, and too much of one and not enough of the other is bound to lead to problems.  Many affluent people today have too much freedom and not enough responsibility, but if it’s the other way around it can be equally damaging. The existentialist philosopher Kierkegaard argued that anxiety was “the dizziness of freedom.”  This makes sense.  We get most anxious about those things that we could choose not to do, but which are challenging – an exam, a driving test, a first date, making an important speech.  Kierkegaard’s answer was to say, “look, this is unavoidable.  It’s part of the human condition and what would you rather do, take the important action or shy away from it?”  Thinking like that offers us some comfort.

Existentialist counselling works with isolation or loneliness partly in terms of empathy.  The counsellor would share just how alone he or she sometimes felt and how that was a universal feeling.  This is not to diminish the client’s feelings.  It is actually to say, “yes, I find that really hard, too.  Let’s share our thoughts and feelings and see what we can find to alleviate them.”   He would then go on to suggest ways of embracing this in a positive way – for instance finding out who we really are in solitude, or to using the energy to create art.

Summing up, existential counselling is about finding the richness and the energy in all aspect of life - whether it be the joyous, the typical or the difficult.  It’s also about becoming aware that the things that we really need to feel joy and meaning in this life are very often not the things we are told that we need.  Those who insist that life can be solely positive if we just keep thinking that it is often fall foul of the fact that they are relatively defenceless when things don’t go well.  Existentialism encourages us to find the meaning and engagement with every part of life or as the poet Edith Sitwell said, “nothing is lost and all in the end is harvest.”

David is a fully qualified and BACP registered Counsellor. If you would like to try some existential counselling, you can book a session with him by ringing 07578 100256 or emailing him at David@eastcheshirecounselling.com 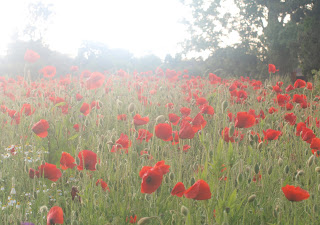