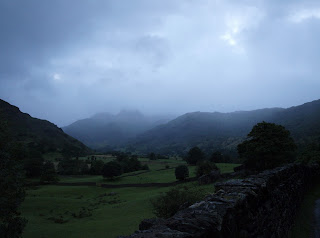 Depression is one of the main reasons why people go to counselling for the first time, and an increasing number of people in the UK are suffering from it. According to The Office for National Statistics, 1 in 10 Britons suffer from it in any given year, and the figure has been rising for some time.  Depression, along with its cousin acute anxiety, is the most common mental health issue in the UK.  It affects all professions, the unemployed, both sexes, all age groups, although it is slightly more prevalent in women than men and also within older people.  Some people suffer recurrent bouts of depression (Winston Churchill, Abraham Lincoln, Mark Twain, Isaac Newton, Mozart, JK Rowling, Michelangelo, Gary Barlow and Oprah Winfrey, for instance), whilst others may have only one or two episodes.

It is good that the old stereotypes and stigmas surrounding depression and other mental and emotional health issues are breaking down as time goes on.  Most of us are likely to know more than one person who suffers from depression – whether it be a spouse, a close friend or a family member.  According to studies in NZ and the USA, just over 1 in 2 adults suffer some sort of mental health problem over the course of their lives, of which depression is the most common.  Although a lifetime study has not been done in the UK, it is likely that things are similar here.
Why Depression Strikes

Depression can involve bio-chemical surges within the body, but there is growing opinion that emotional problems, whether conscious or unconscious, come before the chemical imbalance.  Many psychologists, counsellors and psychiatrists have spoken of this, for instance, Professor Michael Baigent has said that reducing depression to chemicals and antidepressants was “dumbing down;” and Professor Jon Jureidini stated that there was a ''complete lack of evidence'' that chemical imbalances in the brain cause depression.  There is general agreement that we need to look instead at the psychological reasons for depression.

Most readers of this blog will have heard several perceived wisdoms about depression. Are they correct?  It is said, for instance, that “depression is anger turned inward.”  I think that that is usually correct.  Many of the people I have seen with depression had deep anger about something – not necessarily another person.  Sometimes, the anger can be at life or with themselves. The anger is not necessarily obvious.  It can be avoided, denied or hidden, but it often bursts out at some point.  And when it does, it is a key moment in the therapy.

Depression is said to be “a crisis of meaning.”  Depressed people often have some sense that life is passing them by or that they are destined to remain “unfulfilled” and that there is not much point to things.  This may be well buried, denied or consciously avoided.  As the writer Irvin Yalom says, “we are meaning seeking creatures.”  The materialistic society does not help with meaning and can brainwash us into thinking that we are valuable according to how much we earn and what we do, rather than who we are.  Many people have felt squeezed into becoming human-doings rather than human-beings, which can lead to deep sadness and even despair.

That brings us onto the thought that “depression is a crisis of the soul.”  If we take “soul” to be how we view our essence and deepest position as a human being, then that is also mainly true.  In addition, if we are lost inside there are often self-esteem issues to go with that.  The psychologist and poet Stephanie Sorrell discusses the rich, growthful implications of depression in her wonderful book Depression as a Spiritual Journey.

It is sometimes said that depression is the ultimate way our bodies and minds can let us know that there is a serious problem that needs to be addressed.  Unfortunately, it’s not always easy to work out what the problem is.  Some people suffering from depression may know straight away what has triggered it or what is behind it – the two are not always the same thing and one may be more apparent than the other.  A good therapist will help their client to look at what is happening in their life and try to work out how to move forward out of the depression.


Depression can be triggered by loss – for instance: the end of a relationship, the children going off to school or university, losing a job, divorce or the death of a loved one.  Depression can also be about denial.  People can spend a lot of time denying problems both in their head and to others until there comes a point when they cannot deny them anymore.  At that point, a crisis is reached and they often become depressed.  Thus, depression often involves issues of self-awareness – the depressed person may either have little of it or else a large amount of it concerning a problem in a specific area.

Depression does give the sufferer a chance to make a new start, even though they are likely to have a very tough time whilst they're in it. The good news is that many people who come out of depression are happier than before they became depressed.  It can offer the rare opportunity to make positive changes in lifestyle and be a real wake up call.  As you come out of it, it can energise you with a drive towards something better.

The word ‘depression’ can describe a lot of symptoms and behaviours.  These may include wanting to withdraw from life; feeling down, sad or empty; great tiredness; loss of libido; feelings of meaninglessness and very low self-esteem; inability to sleep; lack of concentration; a feeling of joylessness; lack of pleasure in previously enjoyed hobbies.  Stronger forms of depression often involve suicidal thoughts.

It is often said that depressed people are “very selfish,” but I don’t agree.  I think it’s more to do with being incredibly self-obsessed at a certain point in your life – and, given the inward nature of depression, what else could a depressed person be than self-consuming?  Selfish people find kindness hard, self-absorbed people don’t necessarily have that problem.  In any case, the “ingazing” of depression can be put to good use by a counsellor, who can act as a guide and facilitator towards positive change. The solitude engendered in depression can bear rich fruit if the right support is in place, so coming out of depression can feel like renewal.

As a counsellor, I deal with depression in a wholly different way from doctors. A GP may prescribe anti-depressants, which should help alleviate the symptoms - a very useful thing.  However, anti-depressants can’t act upon the root cause of your problem and once you stop taking them you may find yourself slipping back into the problems that brought the depression to start with. A good counsellor will work carefully and supportively to find the cause of the depression and help the sufferer to re-engage with life, joy and meaning.  If the therapy goes on for long enough and the right things are discussed and worked through then the chances of the depression coming back are lessened and if it does the chances are the client will be in a much clearer and stronger place to get through it.

In the next part of this article, I will look at how Counselling can help people with depression.


David is a fully qualified and BACP registered Person Centred Counsellor.  If you wish to talk about depression, you can book a face to face, skype or telephone session with him by ringing 07578 100256 or emailing him at David@eastcheshirecounselling.com 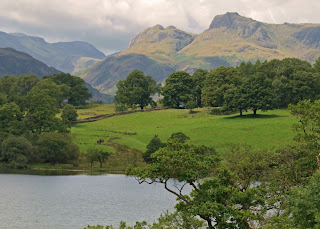