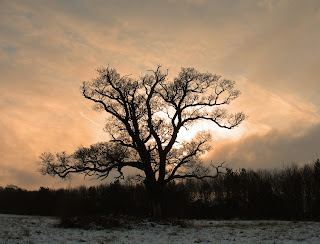 We try to tell ourselves that death only happens to other people, other families and other sets of friends, but we know deep down that we are not immune from it.  Alas, death has become the great taboo of modern life.  The Victorians were fascinated by and happy to discuss death but sex was a huge taboo to them.  Today it’s the other way around.  The present avoidance might have something to do with the fact that the media likes to push images of youth and vitality at us and also the decline of organised religion.

Each of us will have to deal with the death of someone we love and it goes without saying that this is a very hard thing to do.  For me, not too long ago, it was my father.   He was dearly loved and his loss came at a bad time – a time when I was looking forward to spending much more time with him after moving house to an area much closer to him.  I still find his loss difficult, but I have managed to adjust to it.

Coming to terms with grief and allowing time for it is an important though difficult task.  To partly describe and outline the experience of grief, the Dual Process Model was formulated a decade or so ago.  It says that those suffering the loss of a loved one need to engage in two separate tasks: dealing with loss and restoring life.  This means that to deal with grief in the best way, a person needs both to work through the pain of the loss, letting  the emotions be felt; and also to start to move on and rebuild their life.  If only one of the two tasks is attempted, there can be great vulnerability.  So, people who try to bury their grief and move on with life are likely to find that the grief seeps out and that they feel a variety of feelings such as depression and meaninglessness or that they get very angry and worked up about things that would not have disturbed them in the past.  Alternatively, those who do feel and express their pain but find it hard (or avoid) moving on can suffer a variety of equally difficult problems such as being overwhelmed, and may feel that life is unbearable and completely without hope or pleasure.  Negotiating both tasks is hard work and is something that normally requires support.  In grief, our feelings, both conscious and unconscious, naturally tend to drive things and so it’s not easy to have the strength to get through it all.

If family and friends assist with one task but can’t or won’t help with the other, it can be very confusing and painful for the bereaved person.  Working with a counsellor can help with this because they are trained to guide and support people getting through difficult circumstances like grief.  They can also help their clients in looking at the whole picture so that they may come through things as well as is possible.

Elizabeth Kubler-Ross talked about the Five Stages of Grief, which are normally experienced by most people who grieve, though never in the same way.  They are – denial, depression, anger, bargaining and acceptance.  I have discussed these in a previous article here: http://davidseddon.blogspot.co.uk/2011/06/coping-with-bereavement.html

The exact circumstances of the loss can strongly affect the grieving – most deaths can create a feeling of unreality and disbelief, but a sudden death such as an accident will often cause even greater numbness and shock.  The age and sex of the bereaved person can make a big difference, too.  Some men may find grieving hard if they feel that they have to adopt a “male” stiff-upper lip or have been taught that “big boys don’t cry.”  In reality that is only likely to make things worse.  Trapped grief is much more problematic than expressed grief.  It tends to come out in more disruptive and life-restricting ways.

It is normal to be angry after a death – angry at yourself for  “not doing better whilst they were alive,” at the universe or God for allowing it, at health professionals for not doing better or at the deceased for going at the wrong time or for leaving important matters unresolved.  The Five Stages of Grief often occur in a different order and some may linger or return several times. No one story of grief is ever the same as another and each of us deals with it in our own way, though a counsellor understands the patterns, which can be a big comfort.

It’s common for people to have issues of control around grief.  For example, a grieving spouse may imagine that they need to maintain a brave face and be strong so as not to upset their children.  The problem is that it is a construction.  Underneath, the bereaved person may well be feeling desolate and vulnerable – and that can lead to feeling overwhelmed and to confusion, frustration, and feelings of powerlessness.  If grief is deliberately held back it can lead to a life of chronic sorrow.

Bereaved people often feel lonely, isolated or unheard and so there can also be social consequences for them.  For instance, a grieving spouse may feel that avenues that were open to them when they were part of a couple are now either closed or uncomfortable.  They may feel incapable of socialising or that people they know do not want to be reminded of their grief.
The death of our parents often creates an extra level of stress, in that we also have to face up to our own mortality.   Death can at least have one positive side effect – in time, it can encourage us to re-evaluate our life and make sure that we have fewer regrets.  When my father died, I became greatly aware of how my own time was hurrying past and how vital it was to fill it with meaning and good things.

If somebody’s resources to cope are at full stretch it’s a good idea for them to find help, whether that is with an understanding friend, a GP, a support group or a counsellor.  As well as being trained for working with grief, most counsellors will have spent time grieving for someone themselves and will have natural empathy for a bereaved person.

None of us ever completely gets over the loss of a loved one.  It is essential to allow plenty of time and space for grief.  The loss is always carried around with us, no matter how hardy and strong we are and no matter how much we process it.  Even so, although people never forget they do often come to an acceptance and rebuild their lives.  Happiness takes time to come again and it may be a while before there is the feeling that life can flourish - but life shows that this is often what people manage to do, especially if they work through their grief properly.
David is a fully qualified and BACP registered Counsellor.  If you need help with a bereavement or some other issue in your life, you can book a face to face or skype session with him by ringing 07578 100256 or emailing him at David@eastcheshirecounselling.com.  You can also follow him on Twitter as Contented Counsellor at: https://twitter.com/#!/SeddonDavid 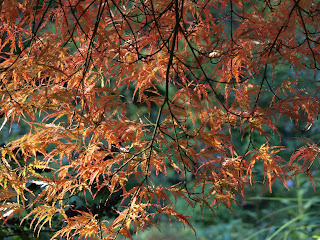