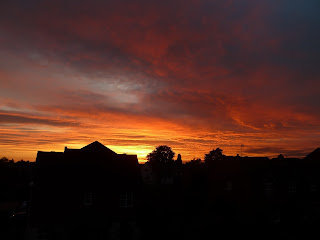 Suicide statistics across the world are quite alarming -  there are around 800, 000 suicides each year.  That's one every 40 seconds, and the rate has gone up by about 45% since 1970.  It is the second leading cause of death in 15-29 year olds.  What's more, for every suicide, it is calculated that there are 20 people who self-harm.

If we look at just England, there are, on average, 4, 800m suicides every year (13 a day).  Suicide has been rising ever since the recession started, although 2006/7 bucked the trend, showing the lowest ever figures in England since records began in 1861.  London, Cornwall, Devon the NW and the NE have the highest rates.  Men are statistically 3 times more likely  than women to kill themselves.  There could be a mix of reasons for this - it is said that "men don't ask for directions, never mind asking for help," they are more prone to addictions and are generally more impulsive, which means they often use more violent and immediate forms of suicide, where there is little chance of being rescued.

The highest risk is for men in their 40s and 50s, although this is also a problem age group for women.  People under mental health care also have very high rates of suicide, which peaks 1-2 weeks after they are discharged from treatment - especially if they live alone.

The military services have a big problem with PTSD, depression and suicide after combat.  For obvious reasons, this has not been widely publicised in the past, but is now starting to achieve more recognition and attention - and much more openness.  Previously, veterans would get either no military funeral or else a quiet one -  even if they were highly decorated heroes.  It is now more recognised than ever, that combat can cause metal health problems and it does not bar personnel from military honours and funeral procedures.

Suicide is a serious public health problem but is not treated as such.  It's a subject that is avoided by most people - after all, death is scary enough as it is, and suicide is more so.  Then there is the link to mental illness that people imagine goes with it.  Some of the headlines seen in newspapers concerning suicide can be really quite sensationalised.  Even though suicide was decriminalised in 1961, many people, especially the press, still refer to "committing suicide."  I would recommend that we all try not to use this phrase as it adds to the stigma.  To be fair, it is not easy to avoid using it as we have all learnt that the two words go together - but we should try.

It's not easy to talk about suicide and it remains a taboo area.  A typically common reaction is, "you can talk about mental health, but not about suicide."  Indeed, suicide has been removed recently as a topic from one of the Sociology A Level syllabuses.  When considering the need to remove the stigma and silence about the subject, this seems nonsensical.

It is a good idea to remember that suicide is a point on the metal health continuum - albeit an extreme one.  As such, we should all be encouraging each other to speak about our feelings, however difficult or despairing they may be.  The most recent statistics say that mental health problems are reckoned to affect 1 in 4 of us every year.  It is worth considering the following quote:

Suicide bereavement has unique issues over and above the normal issues of bereavement - guilt, rejection, anger, shame, numbness, isolation, stigma and despair are common and often never go away.   It is sometimes described as "grief with the volume turned up." It is  common for parental sufferers to "blame" themselves for the rest of their life for "not doing more to help" their son or daughter.

There is a massive increase in mental health issues and well-being problems for those who are left behind.   They have much increased risks for suicide, dropping out of jobs and poor social functioning.  I think that we should normalise this because, for instance, the majority of parents suffering suicide bereavement have suicidal ideation themselves (and feel that they cannot talk about it and feel discouraged from talking about it).  The authorities  and society do not encourage them to do so: IAPT offers no support at all from those bereaved by suicide;  CAMHS will help children with ADHD but not those who find a family member dead by their own hand - however grisly the means.

The affects of suicide ripple out like a pebble in the water - individual, family, workplace/school/peers, community, society.  Robin Williams is as an obvious example of this - though it is true for every suicide.  Every suicide affects us all eventually as it affects the society we live in.

There is a particular problem with stigma, as it prevents people from talking about the issue and thus breeds isolation, insularity and despair.  Although some stigma may be viewed as "positive stigma" - in that it that encourages people NOT to commit suicide, most stigma has entirely negative effects.
It would be good for society to move forward in reducing and eventually eliminating all forms of stigma about mental health.  Bill Clinton summed this up well with the following quote:

Support for People Bereaved by Suicide

Within the last fifteen years, it has been recognised that more needed to be done for those left behind by suicide.  The National Suicide Prevention Strategy was set up in 2002 and various organisations have been set up since.  "Action is the antidote to despair" said Joan Baez and the following organisations have a variety of strategies in place to help with both practical and emotional help:

Help is at Hand -  a programme that produces booklets and has a website.  Its message is "You are not alone."
www.supportaftersuicide.org.uk
healthtalkonline.org
Winston's Wish (for children)
Survivors Of  Bereavement through Suicide (SOBS)
(believes that everyone affected by suicide should be offered timely support)
ifyoucareshare.co.uk
facingthefuturegroups.org/

In America, there is www.actionallianceforsuicideprevention.org

Counselling is a good place for those who feel suicidal or are suffering the effects of a suicide bereavement to start to process of moving to a better place.  It is best to allow a little time to pass before starting counselling - as a bereaved person is initially likely to suffer feeling dazed, out of balance and unready for talk.  In time, although it is unrealistic to think anyone can ever fully recover from suicide bereavement,  they can find some coming to terms, peace and positivity about the future - and counselling is an excellent way of helping to bring this about.  I have worked with those suffering after they have lost someone through suicide and am ready to offer my support to those who need it.

David is a fully qualified and BACP registered Person Centred Counsellor.  If you wish to talk about a bereavement, you can book a session with him by ringing 07578 100256 or emailing him at David@eastcheshirecounselling.com 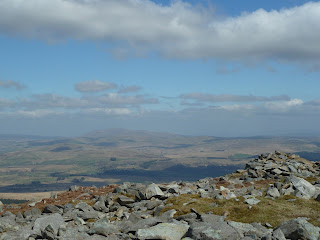