When to Use the F Word with Your Partner 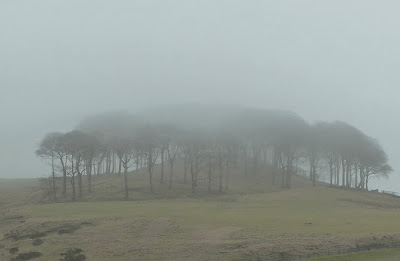 The famous (or infamous) Anglo-Saxon swear word is often thought of as one of the most powerful words that anyone can use, but it has a tiny fraction of the force of another word beginning with f.  This other word is one of the true heavyweights of the English language.  If you haven’t already guessed, that word is forgiveness.

Done whole-heartedly, the act of forgiving is one of the most sacred and powerful things that anyone can do for another person (and also for themselves, as we shall see).  The poet Alexander Pope described it like this:

“To err is human; to forgive, divine.”

Throughout our lives we are likely to be called on to forgive – friendships, work colleagues, lovers, team mates etc.  This is even more likely to be the case with family and partners, as these relationships tend to be deeper and more permanent.  It is impossible to stay in a long-term, important relationship without forgiveness.  We are all human and even the best of us mess up and hurt those we love from time to time.  It’s not the hurt itself, but how you deal with that counts.

It is often not an easy, simple or minor thing to forgive someone.  Mahatma Gandhi said that, “the weak can never forgive.  Forgiveness is the attribute of the strong.”  If we are deeply hurt, it can feel almost impossible to forgive the perpetrator of our hurt.  Sometimes the hurt party has every human need and justification to feel the pain of his or hurt first before they can move on.  Feeling the hurt first is often an important part of making the forgiveness deeper and longer lasting.  How odd it would feel if we did something awful to someone and they immediately said, “I forgive you.”  The chances are that we would not feel forgiven, and such quick pardon may not help us shed our feelings of guilt.  Sometimes it takes time to forgive.

Forgiveness means the giving up and renunciation of anger, resentment, bitterness and offence, but it doesn't mean condoning hurtful behaviour.  It means that whatever the previous disagreement or wrongdoing, we will no longer seek to punish, give out “justice,” get our own back or demand any sort of restitution such “sack-cloth wearing” from another person.  We pardon them completely and make them free of all debt (whatever its nature).  Forgiveness should be unconditional and willing, BUT there is a proviso, and one that is absolutely vital in a healthy relationship:

The hurt party needs to feel respected and  not abused.  Often in life if there is a yin, there’s a yang – and here the necessary opposite is repentance, remorse and contrition.  Before both parties can move on, the person who caused the hurt needs to be able to recognise that what they have done is wrong and accept that there have been some consequences – such as anger, pain, broken trust.  Patience is also important with deeper hurts - dismissing a partner’s feelings, especially betrayal, by telling them to "get over it," is insensitive and crass and seems to attempt to minimize or justify the wrong.  They need to be able to commit to not repeating the hurtful behaviour and to making amends for it.  Making amends could be something like treating the hurt partner to something special (and recognising that sometimes a bunch of flowers just doesn’t cut it).
Sometimes Enough is Enough

Experience tells us that there are some hurts that we will never be able to forget – especially if it there are serious repeat offenses.  If a partner is continually abusive (whether physically or verbally) or unfaithful then there nearly always comes a time where one says, “enough is enough.”  It’s best still to try to move on – but this may have to be done without the errant partner.  Forgiving a cheating partner can come down to whether we loved the partner before the cheating occurred.  If you already feel like strangers, then an infidelity can be a good reason or excuse to end things.  If you do love them, then (in time) things can be rebuilt; and forgiveness is the key to that.

What about Forgiving and Forgetting?

As human beings, our pride often howls at us to take revenge. Even if we don’t want to say or do anything straight away, we may at least want to keep a “guilt card” in our pockets, to be whipped out later in order to trump another person’s ace: “so what about the time that you did this to me...”  We can probably all admit to having done this at times – and then probably witnessed how it hurt the person who thought they’d been forgiven or degenerated into a long list of offenses from both parties.  Lists of grievances cause a lot of damage and intensify, entrench and deepen any rift - but forgiveness means trying to move on from it.  In short, it’s about valuing the person you love MORE than the wrong they did to you once upon a time.

Henry Ward Beecher said: “I can forgive, but I cannot forget, is only another way of saying, I will not forgive.  Forgiveness ought to be like a cancelled note – torn in two, and burned up, so that it can never be shown against one.”

That is true.  Once the note has been ripped up, the injury should not reappear as ammunition during every major row.  That doesn’t mean that the hurt party becomes “a mug” and is cornered into a position where they keep getting hurt and keep forgiving.  It also doesn’t mean that we should keep forgiving someone who doesn’t even recognise that they are being hurtful.

If you love someone remember that your relationship with them is your primary concern; not scoring points, counting sins or showing who is right or wrong.

The Benefits of Forgiveness

“When you forgive, you in no way change the past - but you sure do change the future.”
Bernard Meltzer
Forgiveness can lead to:

Most of us know people whose lives are dominated or even defined by grudges, hate, bitterness and resentment?  In reality, this poisons them more than the people who these feelings are aimed at.  It’s far better to let it all go and to forgive and move on.

Corrie ten Boom showed saint-like forgiveness, probably beyond that which most of us could manage.  After WW2, despite initial difficulty, she forgave both the German concentration camp guards that she had previously tried to rescue Jewish prisoners from and been held prisoner by, and the Dutch collaborators who had acted against her; yet she said this: “Forgiveness is setting the prisoner free, only to find out that the prisoner was me.”  When we consider her example, perhaps forgiveness for lesser crimes may seem less onerous.

If you are still struggling to forgive someone but would like to, then counselling can be an option.  I have had many clients who have felt that coming to talk to me helped to clarify matters so that forgiveness could be found within a workable and positive framework.


David is a fully qualified and BACP Accredited and registered Person Centred Counsellor.  You can book a session with him by ringing 07578 100256 or emailing him at David@eastcheshirecounselling.com