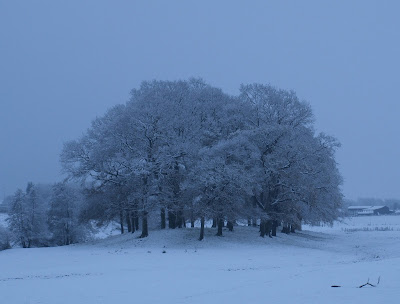 When the Police sang Message in a Bottle they were expressing something universal about people:

“More loneliness than any man could bear
Rescue me before I fall into despair...
I’ll send an SOS to the world.
I hope that someone gets my message in a bottle”

It seems that loneliness is all too prevalent in the modern world.  This morning, I switched on the news only to hear that a recent study has found that the rise of technology and social-networking sites has only made people feel more isolated.  This is because texts have replaced phone calls; emails have replaced letters; Facebook has replaced face to face meetings with people we actually know or have met at least once.  On top of this there is now a rise in people living far away from where they grew up - finding their friends and family scattered to the four winds.  In modern Britain, according to the 2011 census, 30% of people live alone – this is much higher than most countries.  Greece and Italy, for instance, have less than 10%.  In addition, increasing levels of redundancy in Britain are adding to a sense of isolation.  Some recent studies have shown that people who live alone are up to 80% more likely to suffer from depression as those who don’t.  Bereaved and recently divorced people can be particularly at risk as can the elderly in general.

Loneliness can affect anyone. The hugely successful Australian Olympic swimmer Ian Thorpe wrote not long ago of how his depression was fuelled by a sense of isolation.  He described that “Lost in Translation moment” when you are in a big city, surrounded by people but feel utterly alone and alienated.  He said that there could be moments of utter dread, despair and meaninglessness in this.

Loneliness has been the subject of more poems, stories and works of art than you can shake a stick at and we have famous pop songs such as The Beatles’ Eleanor Rigby. It can not only cause unhappiness, but can also lead to low self-esteem and confidence issues and depression and anxiety.  It can make you feel that you don’t want to get out of bed, that there is nothing to live for and that you life is going nowhere.  In short, loneliness can feel like a very empty space.

How to Deal With Loneliness

“Loneliness is as much a part of life as night and day and thunder, and it can be lived creatively, as any other experience.” Clark Moustakas

There are several pieces of good news in the bleakness of loneliness, and counselling can help reveal and channel them.

The first good piece of news is that each of us is in the same situation – in one basic sense, we are all alone and always will be.  In a flash of light, we are born screaming into the world, displaced from the comfort of the womb; and when we die no-one can step through that space with us.  Philosophers call this existential isolation – the sense that even those of us who have the best set of close friends and family possible, or the most connected of romantic relationships, can still never quite escape the fact that they are alone in their head and in their body.

But, if we go back to The Police song I started this article with and you keep listening, you hear this:
Walked out this morning, I don't believe what I saw
Hundred billion bottles washed up on the shore
Seems I'm not alone at being alone
Hundred billion castaways, looking for a home.

Sting is saying that once you realise that you are “not alone at being alone,” then there is some comfort there.  The situation is universal and completely unavoidable, so there is not much point railing against it.  It is better to dance with life and its problems than to fight or avoid it.  We can do that by acknowledging (in a trusting friendship or relationship) that we do feel alone and sharing that vulnerability.  Shared vulnerability creates intimacy – and intimacy mitigates against isolation.

A second way that you can address your isolation can be to talk through it and work through the reasons for it in therapy.  It can take a while to get to the stage where you are ready to take enough courage to reach out and start to alleviate your loneliness.  It can be a long job, but it is worth it and for many people the question “which is worse feeling lonely or getting out there and trying to be more social?” has the answer “being lonely.”   Ian Thorpe talks about forcing himself to go out and socialise - 'Fake it till you Make it' – and this is not a bad idea because just about everything, no matter how hard, gets easier with practise.  A good therapist will not, however, try to force their client to be more social.  They will support and guide on the journey towards that. It can take a long time, but most clients just need a patient and skilled helper to be with them on that journey.

A third way is to learn and use the difference between loneliness and solitude.  The philosopher Paul Tillich expressed it like this:

Another philosopher, Blaise Pascal, famously wrote: "All of man's miseries derive from not being able to sit quietly in a room alone."

Essentially, the issue in one of connection.  If you feel connected to your inner-self, a passionate hobby or nature then you are far less likely to feel lonely.  Studies have shown, for instance, that walking in nature relieves depression and that writing poetry does, too.  Both connect you to something deep - walking to nature, poetry to your inner-self.
Unfortunately, a very typical modern way of dealing with loneliness is not to explore it (and turn it into solitude), but rather to be busy with all manner of distractions and activities.  It is common now to see people surrounding themselves with ipods, televisions and mobile phones.  A grand cacophony is created by this great need and desire to be plugged in -  but within this people are actually unplugging from themselves.  Many people find a great number of distractions to avoid their loneliness.  Some of these can be healthy up to a point– reading and sport for instance; whilst comfort-eating, smoking and heavy drinking are more damaging.  But all distractions form a temporary crutch from loneliness. They do not remove it.

My experience with friends and clients is that the more they try to hide from loneliness, the more it comes up and bites them.  A good counsellor will suggest a different route – one of exploring and embracing the pain, of discussing its roots and patterns.  This can result in many tears, but in time, it also liberates the sufferer and enables him or her to start working with being alone as solitude instead of loneliness.  This is one reason, for instance, why many people choose to go on retreats – far away from the isolating distractions of modern life.  I have heard many people say that they “found themselves” in some wild and peaceful place. There is no trick or magic to this even though we may be inclined to think that there is. If you think about it, in a quiet place you are dropping your connections to shallow distraction and instead finding deep connections to nature and yourself.  Of course, it can help if you choose somewhere beautiful like Snowdonia or Iona.
Solitude can be deeply nourishing and a space for you to listen to your heart and soul and recharge and re-examine.  It is so sad that so many today run in fear from it. As well as having its own benefits, there is another positive outcome in that finding a deeper connection to yourself is likely to put you in a much better position to connect on a deeper level with others later on.

A fourth way is to engage with something or somebody that you love.  Love and passion are great removers of isolation.  To have someone who is like a soul-mate whether as a friend or partner can be a tremendous joy. However for those alone, having someone in your life like that is not vital.  You can engage in a deep and fulfilling way with a hobby or another passion.  Many of the great artists, writers, scientists and philosophers lived a more isolated life than most people but didn’t feel the suffering so acutely precisely because they had something that they were deeply engaged with – something they loved.  Engagement like this has to be on a deep level – as explained above, it is no use engaging with shallow things as that merely increases loneliness in the end.

I often ask lonely or depressed clients which hobbies they have dropped over the years or which they have always wanted to do but never got around to; and then encourage them to re-engage with these.

Erich Fromm was well aware of the issue of loneliness and how it connects to depression and meaninglessness – he wrote “Modern man is alienated from himself, from his fellow men and from nature.”
It needn’t be like that.  You can change it and going to counselling as a first step can set you well on your way to doing so.
David is a fully qualified and BACP registered Counsellor.  If you wish to book a session to talk about loneliness, you can book a face to face, telephone, email or skype session with him by ringing 07578 100256 or emailing him at David@eastcheshirecounselling.com.  You can also follow him on Twitter as Contented Counsellor at: https://twitter.com/SeddonDavid 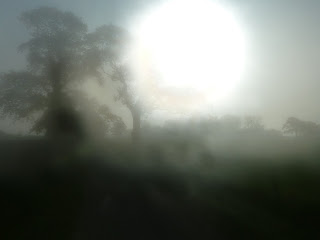