Men and Counselling - Part One - Introduction 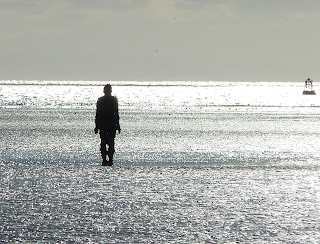 “Men find it harder to start counselling than women:” that's a comment counsellors often hear. As a generalisation, it may have some truth, but I don’t like bald generalisations because they tend to strip away at individuality.  I don’t think that it’s helpful to stick labels on people, especially if they are labels generated by an over-view of humanity which places them firmly in a group or set and says “that’s it.  Job done.”  Kierkegaard said that “once you label me, you negate me.”  I think that is profoundly true and yet psychology, psychiatry, medicine and many of the health professions are continually diagnosing and labelling, and I know that, to a point, I have to operate within that system.  How does one solve this dilemma?  As a humanistic counsellor, my answer is to notice it, to be aware of it and to be pragmatic about it - both striving against it and working with it at the same time. There are many men who find it easy to go to counselling and I am seeing increasing numbers of them in my practice.  Nevertheless, I concede that some men do find the notion of counselling hard and so I shall address that issue here.

Though the phenomenon is limited, we shouldn’t be surprised by it.  It’s really quite analogous to men and physical ailments.  There is a stereotypical man who has to be forced to go to the doctor even if he feels at death’s door; who sees signs of possible cancer but doesn’t go to his GP until it’s too late. Many men do NOT do those things, but alas, there are still many that do.  Some men can be just as reluctant to go to counselling – perhaps seeking it or accepting it only when their situation is precarious.  They may see counselling as a last resort, and may first employ a variety of destructive avoidances to deflect from their problems - drugs, over-exercise, sex addiction, alcohol, gambling or workaholism.

Even though times have changed a lot and we live in a much less male-dominated society, cultural and societal conditioning still sends out strong messages about how men should be: “be a real man,” “be one of the lads,” “big boys don’t cry,” “don’t be a whimp!” “are you a man or a mouse?” “what a wuss!” “are you man enough?” etc.  For men, it’s bad enough when these messages come from other men, but when they come from women it can be more difficult and painful.  It can be a great weight for some men to carry.  Some are fine with it and others never become much aware of it, but many find it very limiting.

Perhaps, also, men are behind women in terms of the positive changes they have made since the last war.  Women have both wanted and undergone massive change and have boldly gone from feminism to post-feminism.  They have explored their old and new roles and many of them have started to make some important personal sense on how that all needs to balance out in their own life.  Men, on the other hand, have been more conservative and have not changed as fast as women have. Part of this is down to men themselves and part of this is down to how society has not examined and discussed the changing role of men in quite the same way it has with women.

We’ve all heard about how men are confused about “what women want,” and indeed this is a subject that often comes up in counselling heterosexual men; gay men also have a variety of problems about sexual stereotyping - several of which are the same as the ones I will discuss next time, though some are different. Men are usually acutely aware of what many women’s view of the ideal man is (even if an “ideal man” is as changeable for women as an “ideal woman” is between men) and know how they could be judged if they aren’t one.  Female friends of mine often sympathise with the plight of men - who, despite the fact that they are told that women would like open-hearted, gentle and emotionally expressive men who treat them as an equal in almost every way; also get the message that women want men to lead, take charge, provide, save, protect and be resilient and strong.
The good news is that for the great majority of time this is not a problem at all.  We all, male and female, like a bit of repartee and role and it’s good that the sexes are not the same.  Somehow most of us navigate the potential minefield (I first typed “mindfield,” which somehow seems more apt!) happily and enjoyably rather than with trepidation and constant explosion.  Despite the huge changes in society since the last war, most of us understand all of this on an intuitive and subconscious level. And how infinitely duller this life would be if men and women were the same in all of their behaviours!

The issue only arises when there is a problem.  At that point, somehow, the sources of fascination and appreciation can become confusion and conflict – the haziness surrounding the changing roles then starts to look more like a fog.  I expect that, in time, the changing role of each sex will allow more certainty, but for a while at least, we each have to deal with things in our own way.  There is a simple answer to the conundrum and one which I employ in my own life: it’s up to each of us to be authentic and be true to ourselves. It’s also up to each human being to save themselves and sort out their own happiness.  Neither sex should expect saving, on whatever level, from the other no matter how strong your programming is for that.  A man should be the sort of man that he is and if he finds that that does not meet another’s expectations then, whilst there is always room for some manoeuvre in relationships, ultimately that’s too bad. It’s a very confusing balancing act for some men.  As a counsellor I work with them to accept themselves just as they are and encourage them to be themselves.

Most men have within them, to different degrees, both the protecting, strong man and the emotional, gentle man: it’s about accepting that and feeling safe to express it.  Most of us tend to avoid men who are “too male” or women who are “too female” – for good reason. And it is about finding a partner who wants them just as they are and who won’t scorn them if they mess up or don’t act in a stereotypical fashion once in a while.  At bottom we all, male and female alike, wish to be loved without expectation. Women have exactly the same issue with finding a man who will accept them as they are.  Men just have different, and often unexpressed, types of conflict over this issue.

In the next part of this article, I will look at the main reasons why some men find it hard to go to counselling; and shall reply to each by saying why I think counselling can actual help alleviate rather than hinder the issue behind the reason. 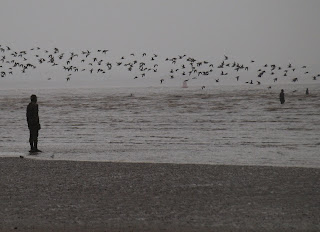