Anger: Some Ways to Think About and Manage it 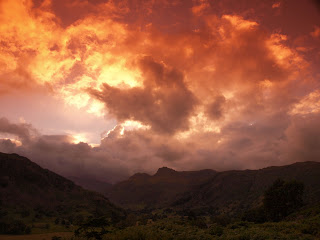 "Anger is a sign not a solution." R T Potter-Efron

"Anger is a killing thing: it kills the man who angers, for each rage leaves him less than he had been before - it takes something from him." Louis L’Amour


"How much more grievous are the consequences of anger than the causes of it." Marcus Aurelius.

Along with relationship issues and loss, I see more people about anger than any other issue. The 2008 Mental Health Organisation study, Boiling Point, suggested that people are getting angrier – close to 1 in 3 of us having a close friend or family member who has trouble controlling their anger; 1 in 4 people were sometimes worried about how angry they felt, and 1 in 5 ended relationships with people as a result of their behaviour when angry.

It’s important to state at the beginning that anger is not necessarily a negative thing. It’s a very human emotion and it has its uses. Jesus was famously angry in the temple when he knocked over the money changers’ tables – a story, amongst other things, meant to show us that there is a time and place for anger. What is important is how you process and deal with your anger. I have had clients whose problem with anger was that they bottled it up and could not express it, and others who were angry but did not realise it until therapy released it – once it did, things began to get healthier and happier. It is not healthy to bottle up anger, to suppress it or to deny that you have it.

Since anger produces the same effects in the body and mind as stress, this means that improperly processed or unhealthy anger can impact badly in different areas of your life – for instance, tiredness, sleep problems, lowered libido, withdrawal, poor levels of tolerance, unhappiness and addictions.

Many people’s anger issues stem from childhood. Some families are uninhibited about expressing anger. Children may see that anger makes things happen. This may not necessarily make them grow up to be angry themselves. It is possible that they will be afraid of anger and repress it within themselves. Alternatively, if a family finds anger totally unacceptable then the children in it will not learn how to process their own anger. If they do get angry, they will be forced to withhold, but the anger will still come out in several forms – sulking, withdrawal, passive-aggressive behaviour, frustration, depression (it is well said that depression is often "anger without enthusiasm.”) If one parent bullies the other, is often angry or contemptuous, then this too will affect their children both at that point and in their future relationships.

Anger is a secondary emotion. It is caused by and hides a deeper emotion. If your boyfriend or girlfriend puts you down in front of your friends, you may get angry when really what you are feeling is hurt or betrayed. Anger is often caused by deep sadness and, most often of all, it’s caused by fear.

The problem with the above is that anger is a terrible bully that has a way of muscling out all your other feelings. You get angry partly as a defence (maybe not even consciously) to blot out the other more painful emotion – the one that’s really what you’re feeling. Before too long, you’ve forgotten what you’re really feeling. Not surprisingly, counselling is an excellent means of uncovering this deeper pain and processing it in a more healthy way than anger.

You are responsible for your anger. Yes, you and no one else! It’s true that someone may have done something mean or hurtful to you, but how you respond to that is your business, not theirs. And if you must get angry, consider which form of anger you are going to respond with...

A good example of expressing anger from the above scenario would be to say to your boyfriend or girlfriend, “I’m really not happy about what you did in the pub. I do feel angry and need you to hear that - but even more, I feel hurt and slightly betrayed. I wouldn’t do that to you, so please don’t do it to me.” Hopefully they will hear you and respond positively, if not you can take it further - hopefully not to an acting out of anger.

To follow on from this, if you love or care about the person who you feel angry with, make sure that they know that you have a problem with the behaviour and not them. Don’t let your anger about one issue spill out into a character attack upon them...”you’re a no good **** and I don’t know why I put up with a **** like you!”

One good way, possibly the best way in my experience, of dealing with anger is to become aware of it in the moment when you feel it – it’s a light-bulb moment: “Ah, I feel angry. Ok then, I usually do X. I’m not going to because that leads to more trouble. I’m going to do Y.” Even people in the habit of rage and red mist can still use this – it’s about practise. You won’t always get it right, but you can improve a lot.

If you do get it right, and express rather than act anger, reward yourself with a pat on the back and notice the improvement.

Another way is to look at the triggers of your anger and try to avoid them. I had a client who always got annoyed when his uncle started talking about how much he hated his brother. Since the client liked both brothers, he learnt to avoid that conversation or made excuses when it came up.

An investigation and management of your anger will require you to look at the deeper reason for it. Often this can be a need for control of others, events or yourself. It is often existential issues – lack of meaning, loss or isolation or lack of freedom. If we address the deeper issue, we can lower the amount of anger.

Angry people are often self-haters. Ask yourself if you want to be right or happy? Even if your anger is justified, is the issue worth a falling out? It might be, but then again it probably isn’t.

Learn to “strike when the iron’s cold.” If your husband or wife said or did something that you feel angry about, maybe take it up with them when everything’s cooled down. You are more likely to get an apology then.

Resentment is a very corrosive, hidden and unpleasant form of anger. It’s a mixture of jealousy, frustration, bitterness and anger. I call it the “joy killer.” You simply cannot be happy if you have deep seated resentments about someone close to you. Talk it over instead. See if you can reach a compromise on important issues to replace the resentment with mutual respect and appreciation for the good things between you. Ask if the resentment is about what you lack rather than what they have and address that honestly and positively in your own life.

If you’re going to fight, fight fair. No hitting in your loved one's delicate spots! That’s mean, is likely to escalate things and causes deep problems between you later on. I agree that it’s humanly very tempting to do this sometimes, but don’t. Your own experience will show you the sense in this.

In a bad argument, don’t get the “nuclear weapons” out. By this I mean, for instance, don’t threaten divorce or to leave – unless it REALLY has got to that point, of course, in which case you’ll know it long before this particular argument. Nuclear weapons are deeply destructive. Once they’re out, they won’t go back in very easily. They undermine and they play on fear – and nothing stokes anger like fear. Agree this with your partner in a happy moment over a glass of wine...”if we ever have a really bad argument, let’s not use the nuclear option.”

Try to laugh when the anger’s over. We all get angry - even saint-like people. Often it is funny. I’ve had couples who release their anger in a pillow fight – an excellent method which often also reveals the silliness of some situations.

Take time out. Going for a walk when you’re mad is not passive-aggressive or backing down. It’s common sense. You’ll calm down and come back more cool-headed.

If you’ve been the angry person, don’t punish the other a second time because they are hurt by your anger...realise you may have hurt them deeply and that they have a right to be wary or reluctant - respond with patience and kindness, not trying to make them feel guilty about being hurt or suffocating them in fuss. Sometimes forgiveness needs a little space.

Also try not to punish them if they eventually snap and get angry back at you. If they’ve been patient for twenty incidents of your anger, it’s no surprise if they snap on the twenty first. It’s dishonest and deflecting to accuse them of being “the angry one,” at this point.

Anger is energy. Try to channel it positively - exercise, art, sports etc. If it has to be negatively expressed, think about doing this a safer way...shouting or swearing in an empty room, writing a letter you won’t send and may burn later. If your important plan is frustrated, put your energy into improving it or towards a new plan instead of anger.

Anger can be just another form of love. Not always of course, but often we do get angry with those we love most. Recognise this. Often anger can result in a very passionate encounter between lovers, which is a wonderful and exciting way of release.

Learning methods of feeling calm or even serene are a great antidote: meditation, breathing techniques, yoga, music, walking etc are all ways of staying more peaceful – and therefore happier.

David is a fully qualified and BACP registered Counsellor. If you wish to talk about issues in your life or about anger, you can book a face to face or skype session with him by ringing 07578 100256 or emailing him at David@eastcheshirecounselling.com. You can also follow him on Twitter as Contented Counsellor at: https://twitter.com/#!/SeddonDavid 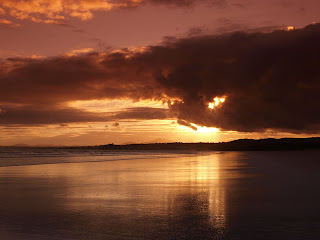