The Secret Is that There is No Secret 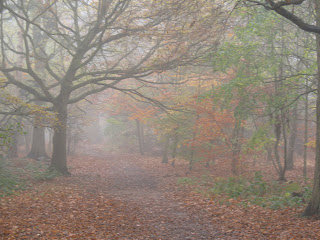 If ever I decide to write a Self-help book – and many folks keep telling me that one day I will, then it may well be called The Secret Is that There is No Secret. That is not to say that there are no solutions – there are to most things, but these solutions are not mystical, hidden or magic.

My clients often get me thinking with renewed energy and passion about things that interest me. One recent client did just that when we got onto his tendency to try to make things happen. The result was that they hardly ever did – we joked about waiting for kettles to boil. We thought also of a goal-poacher in football, trying so hard on the pitch that he is anxious and keeps missing the target. Obviously footballers need to practise and prepare and stay fit. Without that, they’d get nowhere and be out of the team very quickly. Equally though, when they’re on the pitch, they need to relax and just play on instinct. Golfers are the same. The minute they start to think too hard about that they are doing, they will tense up and lose their way. In fact, all of life is normally just like that.

Not long ago, I wrote a Blog entry called Ten Books To make Life Easier. At some point, I’ll follow that up with a Blog entitled, Another Ten Books to Make Your Life Easier. But, I must stress that these books make things “easier” rather than “easy” and none of them offer magic cures. In fact one of them, M Scott Peck’s The Road Less Travelled, famously begins “Life is difficult,” even though he then outlines how we can work to make it less so.

And so, I am going to base this Blog entry on my feelings about the book the Secret by Rhonda Byrne. I know that this will be controversial in some people’s eyes, but opinion is partly what a Blog is for. Many people enjoy the book, but my thoughts are very different. I loathe it, and if I had the choice of binning one book in the world it would be that one- for reasons I shall give below. I will describe why I view it as a bogus, fake self-help book that has only really helped the author become rich.

I’ll make a couple of quick points before I get onto my bigger ones. The book is very repetitive and makes the same point over and over. It is very unoriginal and has taken ideas from everywhere else. That could be fine up to a point, as all self-help writers build on the ideas of others, but to pass the whole off as “a secret” seems to hint at some new discovery. I also consider the idea that disasters happen to those “on the same frequency as the event” as in poor taste and not a million miles away from what Glen Hoddle once got sacked for saying. Further, in nature, the law of attraction is often seen as the opposite – one thinks of magnets. With people and relationships, it varies. I could go on with a variety of issues, but I’d rather get to my main points...

I think Byrne’s book is wrong in a number of profound ways and key areas. First, I disagree with the idea that if you want something badly enough it will just come to you – almost by some type of magic osmosis. For me that notion is the absolute antithesis of all that counselling stands for. I tell all of my clients that “there are no magic solutions to life,” but that things do improve as we become aware, accepting and work hard for change. My clients do the bulk of the work - I just guide and facilitate them in that. Since I think it’s dangerous to seek any sort of magic solution in life, I frequently use Irvin Yalom’s comment to new clients – “I am not the Wizard of Oz.” Though, the Wizard is a perfect analogy to Byrne’s book, as we all know that the Wizard could not do magic and was hiding behind smoke and mirrors – but people believed that he could and that was enough for some of them. Second, I disagree with the implication that what we need is outside of us and that we need to wish for something we haven’t got in order to make ourselves whole or happy. Actually, I think joy springs from within when we become our true selves and feel one with the world in this way. But again, perhaps cynically, Byrne taps into a modern scourge. Third, I disagree with the implication that what we need is an end or a target. Instead, I think that Carl Rogers was right – “the good life is a process not a destination.” One is not going to gain anything from the visualisation that Byrne suggests – and that’s not her intention, it’s the goal she declares important. I think the opposite - that the greatness of life is to be had in the journey, not the arrival, if indeed there ever is an “arrival.” Fourth, by concentrating on visualising a future, we are not living in the present. Being in the present is the way of not only mindfulness, but of peace.

Where I do agree with Byrne 100% is in the power of positive thinking – but that is an old idea offered up many times and in many different ways – by philosophers in Ancient Greece for instance. I would recommend NLP especially as a tool for this, and something I use a little of in my sessions. It is much more subtle and gentle than CBT – and I believe more long lasting. If you think positively about things you can influence how you feel about outcomes – and sometimes the outcomes themselves. But I cannot take positive thinking further and to the extreme as Byrne does with “visualise a million pounds and you shall have it.” My own view is that that is a damaging and limiting concept which far from moving people on holds them back and prevents them from moving properly forward. Miracles might well happen, but they are rare and God chiefly helps those who help themselves.

Perhaps Byrne’s book is symptomatic of today’s society, where school children often profess that their life’s desire is “to be famous,” and where many people seem so obsessed with instant gratification and material success; and place celebrity over talent and hard work. In a sense Byrne plays into that expectation and desire by offering a short-cut to it. People are said to want anything but to change themselves, but counselling does not take that line at all. It is centred on a movement towards change. It challenges us to become awake, not to live in dreams – to sometimes dream, yes, but as Kipling said, “not to make dreams our master.”

I have written, many other Blog articles about the sorts of things we can do to help ourselves live better, happier and more fulfilled lives, so I won’t repeat them here. What I will say, is that I think the deeper path is better – perhaps the zen-like way of thinking of things or the way of philosophy, psychology or of many faiths, or just simply, your own way. These are all much better ways than the magic one – and much more productive ones too.

We certainly should concentrate on being positive, in seeing good, in working towards the good – but, crucially, we should also concentrate on being rather than doing. My experience is that good things come when you do that. They don’t when you take a battering ram to them whether in the forms of words, actions or wishes. To put it another way, ultimately the good life is much more about allowing than it is about demanding. If you look at relationships with others you can see that in action – show them kindness, compassion and tolerance and they are more likely to listen to you than if you bully or demand.

This alternative way to Byrne’s is not the way of laziness or lack of purpose. I am not going to suggest that we do the very opposite of what she says – to expect bad things or never to work for good things. But when we relax into life and being, that’s when things start to happen. You don’t get anywhere without hard work. I suggest that we shouldn’t put the hard work into believing in magic solutions, but instead on working on ourselves and our way of being in the world.

One of my favourite poets, Robert Frost would surely have agreed with my stance and said this: “A person will sometimes devote all his life to the development of one part of his body - the wishbone.” I urge my clients and readers not to be such a person.

David is a fully qualified and BACP registered Person Centred and Existential Counsellor. You can book a face to face or skype session with him by ringing 07578 100256 or emailing him at David@eastcheshirecounselling.com, and you can follow him on Twitter as Contented Counsellor https://twitter.com/#!/SeddonDavid 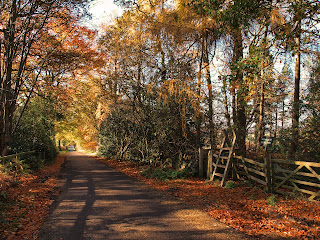