Finding Meaning in Our Lives 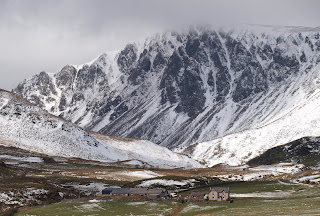 “Ever more people today have the means to live, but no meaning to live for.”Viktor Frankl

We are meaning seeking creatures. We cannot truly be at peace unless we have something we consider as significant in our lives – something that gives us purpose and fulfilment. There is a sense in which finding a meaning to life is the ultimate question for any of us. One of the regular things that happens in therapy is a search for meaning. It's one of the most inspiring issues - and I really enjoy helping clients find (or re-find) it – simply because I view it as so important. The philosopher Nietzsche and the psychologist Jung both seemed to agree, the former saying that “he who has a why to live can bear almost any how,” and the latter that “meaning makes a great many things endurable – perhaps everything.”

Unfortunately, we live in a world which increasingly makes it hard for us to find meaning. The fast pace of modern life, materialism, the difficulty of maintaining relationships in a stressful environment, the decline of religion, the difficulty in finding a “job for life” and the encouragement for us all to grasp at instant gratification and anything shallow to assuage our difficult emotions have all played into this lack of meaning. I am not going to say that there hasn’t always been lack of meaning in people’s lives – of course there has, but it has certainly got worse in the last few decades – probably post 1960s if not before. Perhaps oddly, roughly at the time when life became so fast and material expectations rose so quickly, inertia, boredom and apathy seemed to have increased as a perverse counter-weight to this pace. However, those who have sought their meaning through money, endless pleasure-seeking or achieving shallow tasks have invariably not found it there.

Perhaps Fromm summed this up best in the Art of Loving, when he said: “Modern man has transformed himself into a commodity; he experiences his life energy as an investment with which he should make the highest profit, considering his position and the situation on the personality market. He is alienated from himself, from his fellow men and from nature. His main aim is profitable exchange of his skills, knowledge, and of himself, his "personality package" with others who are equally intent on a fair and profitable exchange. Life has no goal except the one to move, no principle except the one of fair exchange, no satisfaction except the one to consume.”

It is hardly surprising that about half of the clients who come to me with one problem or another end up at some point by focusing on meaning. This is because meaning is often a hidden problem for many people. It's something they don't want to consider. They may consider every other problem first, but they will avoid this "big one" until a crisis arrives or it is very late in their life and they wake up and realise that there is a hole where there shouldn't be one. The comment, “I have no real meaning in my life” is common, poignant and the cause of deep-seated distress in the speaker. Sometimes clients have reached a state of nihilistic despair or, finding nothing worthwhile at all in their life, have turned to one addiction or another in order to try to blot out their meaninglessness. But need it be like that? I don’t think that it has to be so, even if we do live in a society whose machinations often work against rather than with meaningfulness. But actually, the discovery of "lack of meaning" can be the very thing that turns your life around.

Here are some ways that people commonly seem to find meaning in their lives – there are others. Some of them may be impossible for you or just not apt, but there is likely to be something on this list that you may be able to engage with to find meaning. And the concept of engagement is key here – if you fully engage with any of these things then you begin to find meaning.

1. Love. The Beatles were not far off the truth when they sang “All You Need is Love,” and a famous Larkin poem ends “What will survive of us is love.” And it doesn’t matter what form the love is - it needn’t be romantic, however much you desire that. Love for any other human being can give us great meaning and love of something can too.

2. Connection. This can be to nature, other people (deep friendships being the best one), or God, if you believe in Him and however you perceive Him. A sense of “feeling connected to the universe,” may seem airy-fairy in one sense, but if real it can be a source of meaning.

3. Doing good things for others. There is no doubt that bankers earn more than a teacher or nurse, but are there many that can find their meaning from their profession? I doubt it. Anything that makes our fellow travellers in this world have an easier journey helps to give us a purpose, money ultimately does not. I’ve no doubt Mother Theresa found endless meaning in her life but, thankfully, we are not all called upon to reach her level of sainthood in order to reach meaning by giving to others.

4. A creative life project. There is no doubt that making or creating something can give people a purpose. It is not hard to see how a composer, artist, poet or architect can feel that his or her life has purpose. The same is true of inventive and boundary pushing science. But you don't have to be brilliant to find this meaning. We may be mentally drawn to the picture of someone operating at a high spiritual level - mystics, philosophers and monks, for instance - but on a less demanding level, most of us can find meaning in a hobby or sport that we love.

5. Improving ourselves and feeling that we have reached some sort of spiritual or other full potential. It is possible to achieve this via career, but unless your career is something that you love it is unlikely to be enough on its own – because it has to be an improvement centred on within. This inner improvement is bound to bring some feelings of enlightenment.

You can even find meaning through your suffering, if by it you feel that in some way you have grown or inspired others. If you think that idea unlikely, then I would strongly suggest that you read Victor Frankl’s book, Man’s Search for Meaning. Frankl found that even in the unfathomable horror of Auschwitz it was possible to find meaning.

David is a fully qualified and BACP registered Counsellor. If you wish to talk about issues in your life or about meaning, you can book a face to face or skype session with him by ringing 07578 100256 or emailing him at David@eastcheshirecounselling.com. You can also follow him on Twitter as Contented Counsellor at: https://twitter.com/#!/SeddonDavid 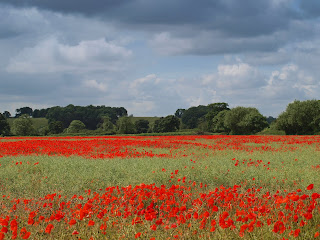