Intimacy and Armour in Relationships 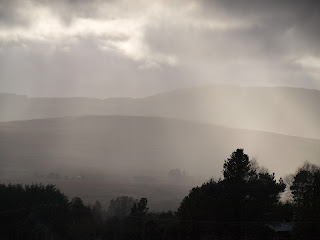 “When we were children, we used to think that when we were grown-up we would no longer be vulnerable. But to grow up is to accept vulnerability... To be alive is to be vulnerable.”  Madeleine L’Engle
“The opposite of loneliness, it's not togetherness. It is intimacy.” Richard Bach

I see a lot of people (individuals and couples) who lack any real intimacy in their lives.  It is a cause of great regret to them.  Sometimes they have brought about the problem themselves and so we explore how that has happened and try to untangle it.

Intimacy is one of the key things in any close relationship, especially a romantic one.  It is is a deep and unguarded communication, a sort of deep trust of another and an acceptance that whatever we do, we are safe with them. It involves sharing at a deep level, so that when it comes we have a feeling of negating our loneliness.

It is important for most of us to have emotional closeness, and quite often we see that people who don’t have it or who shut themselves off from it appear less happy than those who have it.  Of course, that is a generalisation, but basically we are relationship seeking creatures, though this doesn’t have to be romantic.

However much we love our partners, we all like some solitude, “me time” and freedom.  There is such a thing as too much intimacy, when we may feel suffocated or trapped – but crucially, it’s always good to ask ourselves, when that point arrives, whether it feels like a healthy need to express our independence or whether it is based on something more negative - a simple fear of intimacy or commitment, perhaps.  It can be tough to work that out, but if you are not clear on it, many people find that counselling can help them to unravel the matter.

There are times when to protect yourself is important.  Obviously nature shows us, with armadillos and rhinos, that there is sometimes a need for armour.  Humans have sometimes needed it too – one need only think of tanks in the army or knights with their suits of armour. If one of my clients has a bullying boss, then clearly, there may be moments when self-protection is important.  However, in close personal relationships, the continual wearing of armour can be divisive and even destructive.  As an example, some women may crave a knight in shining armour, but if he keeps it on all of the time, that’s a different matter!

Armour can take the form of avoidance, denial, dismissing, distracting, transferring or just plain hard-heartedness.  All of these things stem from fear not love.  Armour is a way of protecting yourself from any possible hurt or from losing control or of being less independent.

Some people, especially men think that showing any vulnerability or opening themselves up is a sign of weakness.  Those who read my blog readily will know that I am not keen on stereotypes.  We are all individuals, with a panoply of influences, conditionings and personality traits, and whilst there are patterns of behaviour that any trained person can spot, no-one I’ve ever met fits neatly into a pigeon-hole - I have had almost as many women see me who struggle with allowing intimacy into their life as I have men.  Nonetheless, men are more likely to have suffered social conditioning about being publicly “in control”.  Some men I have counselled were told, at an early age, to show little emotion – “big boys don’t cry.”   Other people, both men and women, may have seen how cold their parents were with each other and modelled their way of being in relationships on that.  People in either of these situations often have some problems with intimacy in later life. In any case, where there is no vulnerability, there can be no proper intimacy.

It needn’t be like this.  No-one can be strong all of the time and to attempt to be so is wearing and inhuman.  It often takes up much more effort to keep the armour on than to let it drop. And no matter how hard it is initially to drop familiar armour, with a supportive and loving partner dropping it always feels like a relief.  Certainly though, those who are used to wearing armour will need to be patient about taking it off and allowing it to stay off for longer and longer periods.  It’s useful sometimes to think of things in another way – that it’s about going out of a well worn comfort zone and taking a risk.  And we all know that many of the best things in life require us to take a risk.  Since modern life makes many demands on us, it takes a strong person to show their vulnerability (at an appropriate moment) and allow them self to be soothed, nurtured or helped.  That is probably especially true of “traditionally minded” men or women who are used to being resilient and publicly in control of everything.  As Criss Jami said, “to share your weakness is to make yourself vulnerable; to make yourself vulnerable is to show your strength.”

John Bowlby’s attachment theory can help explain adult behaviours and the balance of intimacy and armour in our relationships. He described how people broadly fit into one of three types of attachment types, according to what happened to them in their childhood.  It can be hard to change patterns but not impossible with a caring and supportive partner, or perhaps with the help of counselling.  As children, we need a safe haven where we know we can return in between our forays into independence.  It is exactly the same in our adult relationships.  Secure attachment means that we can have healthy adult relationships, with compatible people, quite easily – we are likely to require little armour; insecure attachment means that we will seek intimacy but will then feel uncomfortable about it and will probably look for subtle ways of sabotaging it before we are hurt by it – usually the subtler forms of armour (denial, distraction, under valuing a partner by dismissing what they do for us, or indeed what we do for them).  Those with avoidant attachment will typically find a myriad of excuses to avoid intimacy, even though they may crave it deep down – they are experts at the different types of armour.  In relationships, if one person has secure attachment and the other doesn’t, it can work out if both partners are aware of the situation and respect each other’s needs, but it can also leads to frustration for both.

Intimacy requires being yourself and allowing the other to be them self.  It is heightened if you unconditionally accept and love the other and if you are fully aware of it in the moment - when it can feel sublimely joyous. Intimacy requires practise, time and risk.  You cannot form a very deep intimacy with someone quickly, even if the attraction is huge.  Going deep with another and expressing your needs, hopes, and fears can lead to you knowing that there's at least one person in the world who cares deeply about you and who totally understands you.

Finally, it is important to state that sex and intimacy are not the same thing even though common verbal currency tries to lump them together.  Of course, when they act together the result can be pretty close to euphoric and can be one of those times when we feel truly connected to something beyond our self.  In the romantic relationships, sex is certainly one of the best ways of expressing intimacy with someone you love; but many people can reach an emotional intimacy without sex, just as others have sex and have no real emotional intimacy to go with it.

David is a fully qualified and BACP registered Counsellor.  If you wish to talk about issues in your life or about anger, you can book a face to face or skype session with him by ringing 07578 100256 or emailing him at David@eastcheshirecounselling.com.  You can also follow him on Twitter as Contented Counsellor at: https://twitter.com/#!/SeddonDavid 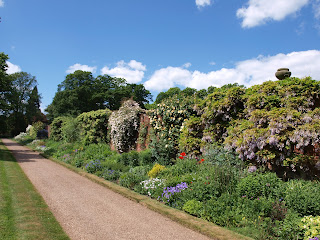